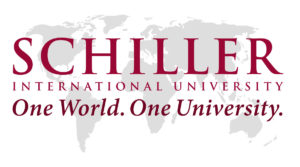 Schiller International University appears in our ranking of the 15 Best Deals on MBA in Hospitality Management Online Programs.

Degrees at Schiller International University and its worldwide campuses are offered on topics of business, hospitality, economics, international relations, and other similar areas. Students may earn an associate degree, bachelor’s degree, or master’s degree on one of the university’s campuses, as well as pursue a variety of degrees through online study.

Students who want to earn an associate degree will pursue the Associate of Science in International Business. Bachelor’s degrees available at the university’s campuses include a Master of Business Administration with available concentrations like management of information technology, international hospitality and tourism management, and international business.

A sampling of courses students might take in one of the university’s business administration programs includes Managerial Accounting, Methods of Research and Analysis, Business Economics, Organizational Behavior, and Production and Operations Management. For the MBA programs, students need to complete around 36 credits.

Admission to graduate degrees in business at Schiller International University often requires that students have a bachelor’s degree in business administration or a related area like economics. Applicants without sufficient experience in relevant areas may need to take prerequisite classes like Statistics, Management, Accounting, Business Law, and Microeconomics.

Other programs have similar prerequisites for admission. For example, the RN-BSN program requires that applicants possess an active nursing license issued by a U.S. state or the District of Columbia. For the nursing program and other degrees at Schiller International University, students may be eligible to transfer previously earned credits into the program that will reduce the overall number of credits required to graduate.

Schiller International University is a private institution that has campuses in four countries and has its headquarters in Largo, Florida. Students may enroll in programs in Florida, France, Spain, or Germany, and they can also enroll in programs online through the university’s distance learning program. The official colors of the university are gray and burgundy. The college was founded in 1964 in Germany as a study abroad school for Americans in West Germany.

The university used to have a campus in England, but it would eventually form a partnership with the University of Roehampton for students interested in studying in London. Students may earn double degrees when they attend classes in the UK as part of the Schiller partnership. The university’s international locations offer American-style university education, and students can move from campus to campus while earning a degree.

Accreditation for Schiller International University comes from the Accrediting Council for Independent Colleges and Schools. The council is based in Washington, D.C., and accreditation allows the university to award college degrees. The various locations of the university are additionally accredited by local and state organizations. For example, the Tampa Bay campus in Florida is licensed by the Commission for Independent Education, which is part of the Florida Department of Education.

The Rectorat de l’Academie de Paris as Etablissement d’Enseignement Superieur Privé has accredited the Paris campus. The Consejería de Educacion y Culturá de la Comunidad de Madrid has recognized the campus in Madrid, Spain. Similarly, the campus in Heidelberg, Germany, is approved for operations through its Certification of Accreditation. The University of Roehampton is approved for operations in England by the Privy Council.

There is no official application deadline for Schiller International University, but the school recommends that students submit their application materials at least four months in advance of their preferred term. For domestic students, undergraduate admission requirements include the completed application, a non-refundable application fee, and evidence of having earned a high school diploma. International applicants must add an additional $65 to the admission fee to cover the cost of delivering a student visa.

For graduate applicants, prospective students must possess a bachelor’s degree or an equivalent. Students whose native language isn’t English must pass the Test of English as a Foreign Language (TOEFL) test or a similar test. Students who want to enroll in online classes will follow the same admissions process as students applying for enrollment at one of the university’s campuses.

Tuition rates at Schiller International University are based on the level of the class a student takes rather than the status of the student. The estimated tuition and fees for an undergraduate student enrolled in full-time study is $14,360. The university estimates room and board to cost $7,000 per year and additional expenses to cost $3,000 per year. The overall estimated cost of attendance is $24,360.

For graduate students, the estimated cost of tuition is $18,800, and off-campus room, board, and other expenses are estimated at $10,000 per year. Students who enroll at other campuses will pay different rates and may pay tuition in amounts measured in Euros. The university shares that around 85 percent of the students who enroll at Schiller International University receive some financial aid.

Students can qualify for grants, loans, and scholarships. For the most part, aid is offered only to U.S. Citizens or permanent residents. When applying, international students must prove that they can pay for the cost of tuition since they may not be eligible for aid through the university. The university offers some institutional scholarships to its students, which applicants can qualify for when they meet certain GPA thresholds.

For example, the university offers its Presidents’ Undergraduate/Graduate Scholarships to students who have earned a minimum GPA of 3.5 on a 4.0 scale in high school or a 3.3 on a 4.0 scale in undergraduate school. There is also a special scholarship offered to students who are interested in transferring among the different campuses at Schiller International University.