With the price of college sky-high, and many degrees not paying as well as they used to, people are beginning to take a closer look at the trades when considering their professional future. Trades are attractive for many reasons. Learning the job while doing the work as an apprentice, and getting paid instead of racking up tens of thousands in debt, is a pretty good case for the trades all by itself.

But there are other reasons to consider them as well. You can’t outsource trades to cheaper countries like you can with manufacturing. Trades are more recession-proof than many industries, including service industries, retail, and even many sectors of the business and finance world. They pay as well as, or better than, many careers that require a degree. The trades are also full of opportunities for people who want to start their own business eventually. Many people prefer to work with their hands and do a job that makes a real, immediate, physical difference in the world, as opposed to sitting behind a desk. 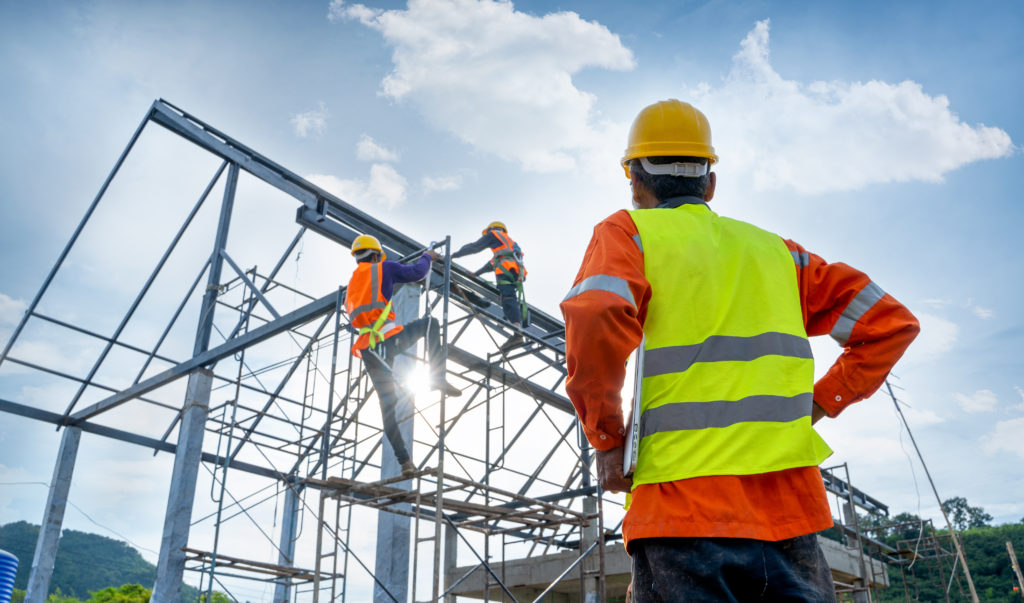 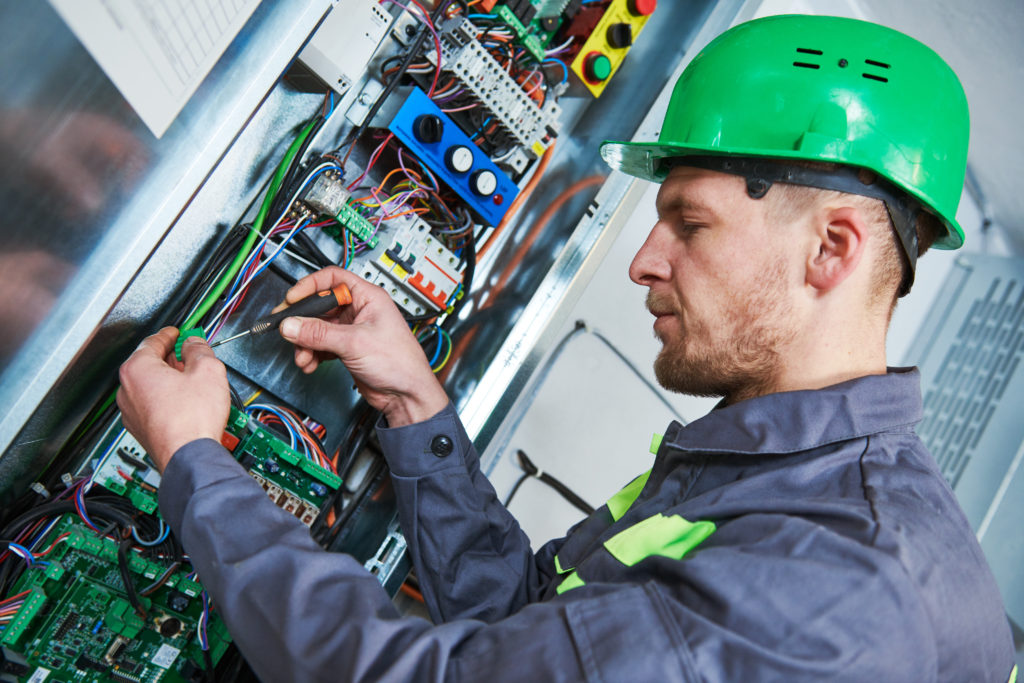 Second on our list of the highest paying skilled trades: Elevator/escalator mechanics install, repair, and maintain elevators and escalators. The most common way to become an elevator mechanic is to apprentice as one and follow the apprentice to journeyman to master path. There are some educational programs that can help you get started in these highest paying trades and make you more attractive to people who want an apprentice that already knows their way around, but the programs aren’t necessary.

Keep in mind if you’re considering this job that elevator mechanics need to be very comfortable working in small, cramped spaces and at great heights. 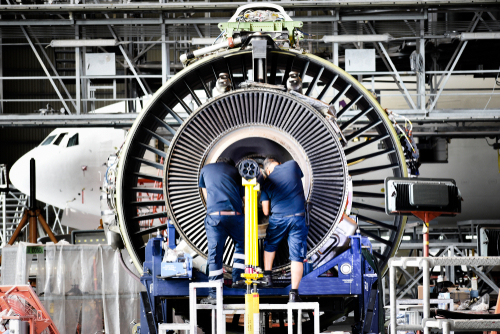 There are three primary ways people become aircraft mechanics. The first is through on-the-job training: simply start at the bottom and work your way up as you learn more. There are various requirements that vary from state to state, and FAA requirements that must be met. The second is to attend an initial FAA-approved training program at a college or trade school. The third is through training in the military. Aircraft mechanics tend to work in hangars, repair stations, and on airfields. Those considering the profession should be comfortable working with, in, and around heavy equipment; potentially high-pressure situations; and lots of noise. 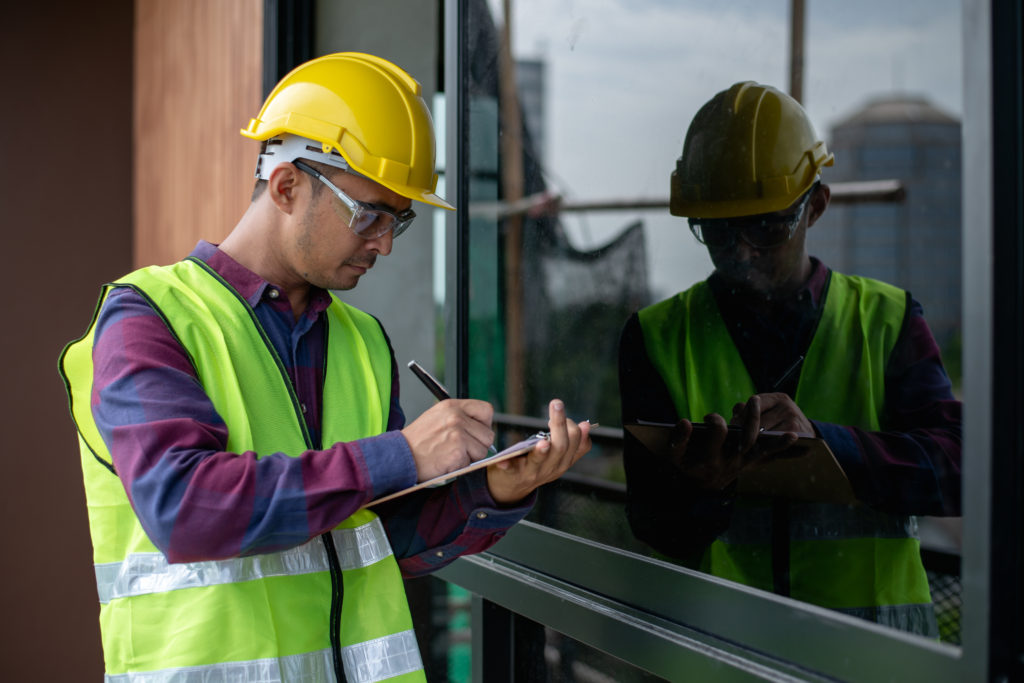 Most states require construction and building inspectors to be licensed or certified. Most inspectors have experience in construction trades like plumbing, electrical, general construction, or HVAC-R. The job, one of the highest paying skilled trades, normally requires intensive on-the-job training, but not a degree. Inspectors may work alone or on a team. The work may require you to crawl into tight spaces and climb up on ladders to get a good look at certain areas of a building. Inspectors must have a strong knowledge of state and local building codes, ordinances, zoning regulations, and be able to determine whether structures meet the obligations of a given contract. 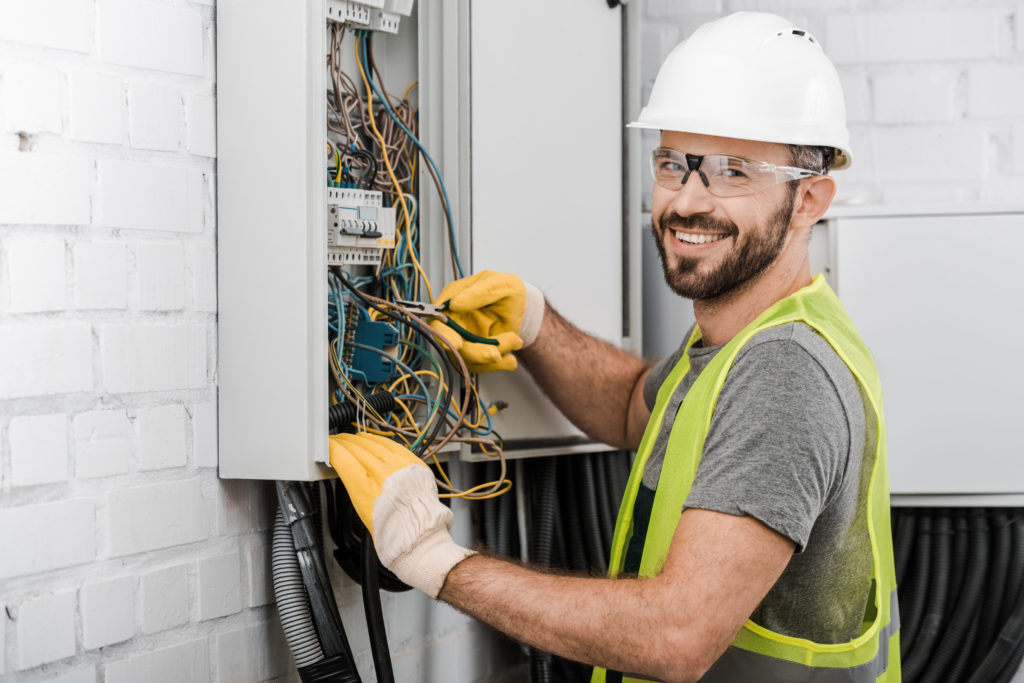 Every building has electrical wiring, communications, lighting, and control systems these days, which means every building needs electricians to maintain and repair those systems. And every new building that gets built needs electricians to install those systems. Those facts might help you as you search: what are the highest paying trades? While you can attend a technical school for some initial training, in order to actually become an electrician you will have to follow the traditional apprentice to journeyman to master model you find in most of these highest paying skilled trades. An electrical apprenticeship typically takes four to five years, working 40-hour weeks under a journeyman or master electrician. It’s also common for them to attend classes one night per week, often through their trade union or a local technical school. 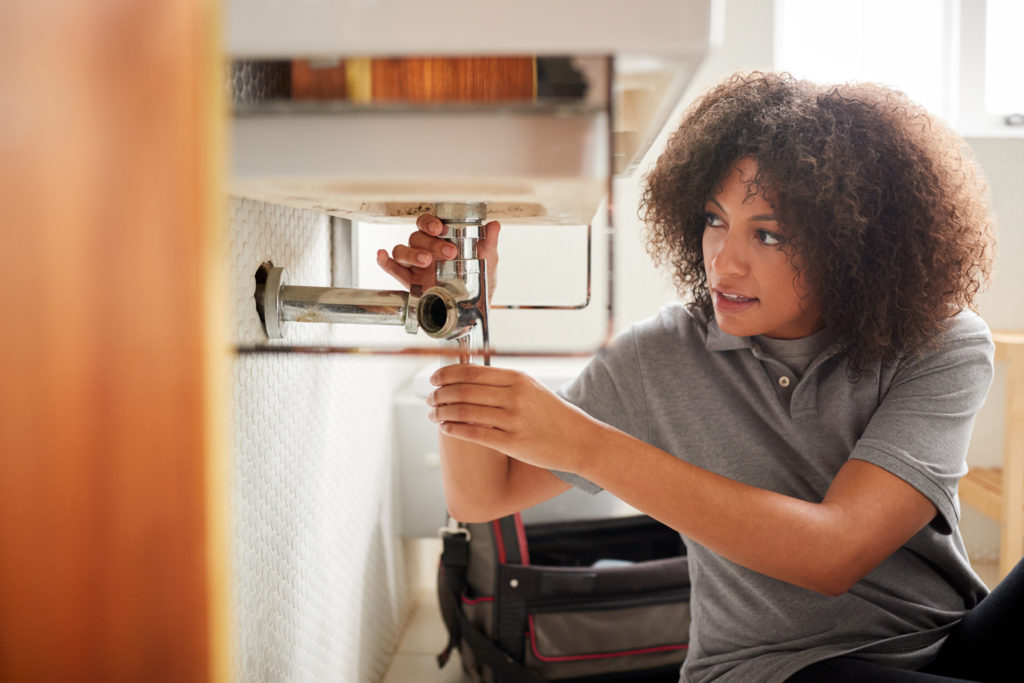 Plumbers primarily handle the installation and repair of water and gas lines. While most people think of plumbers as the guy they call to fix a leaky pipe or other problem in their house, there’s a lot of work out there for plumbers besides just home repair, and it definitely makes our list of the highest paying skilled trades. Plumbers also work on new construction, retrofits, and many other kinds of projects. Any new building will need water and/or gas lines installed.

Plumbers don’t go to school to become plumbers. They learn on the job, as with many traditional trades. They start out as apprentices, shadowing a master plumber, working with them on jobs, and learning the ins and outs of the trade. Once they are ready, they can pursue licensure and become a journeyman plumber. Journeyman plumbers can, for the most part, work without supervision, often with partners. In order to become a master plumber, a journeyman must log a certain amount of hours, provide proof of experience, and take an exam. Requirements vary from state to state. 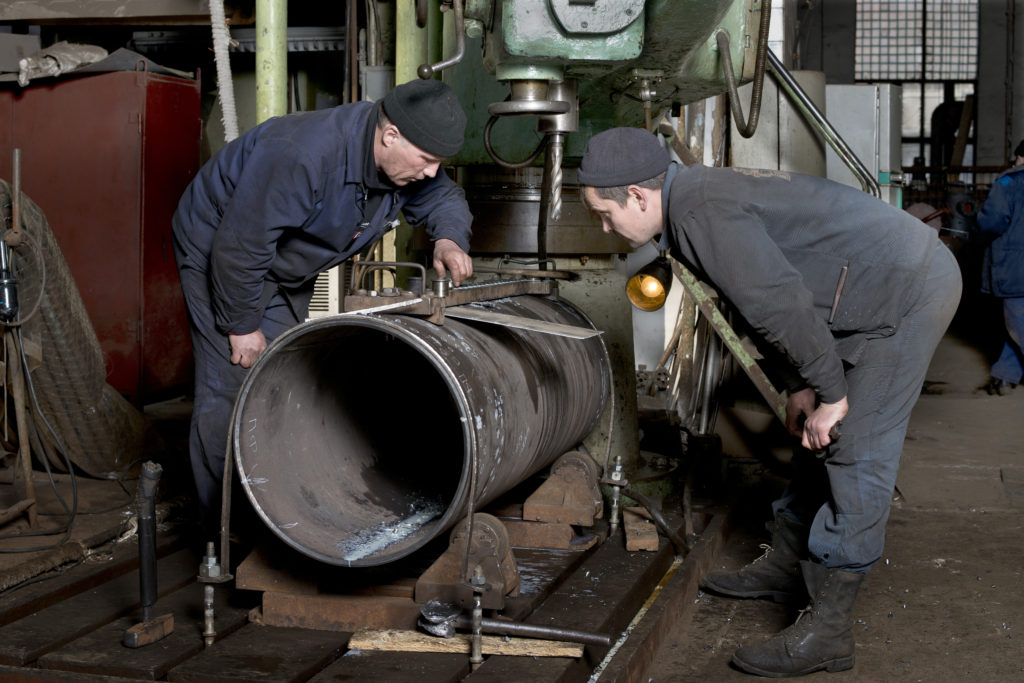 Boilermakers tend to find their highest paying jobs working with plumbing, heating, and air-conditioning contractors. They also work in nonresidential building construction, utility system construction, and for a variety of different kinds of contractors. The work can require extended periods of travel as boilermakers go where the worksites are. Boilermakers install and maintain boilers, tanks, and closed vats. These devices generate electrical power or provide heat to buildings and ships. While you can make good money as a boilermaker, it’s not the most common trade and may be difficult to find an apprenticeship; still, it makes our list as we sort through what are the highest paying trades. 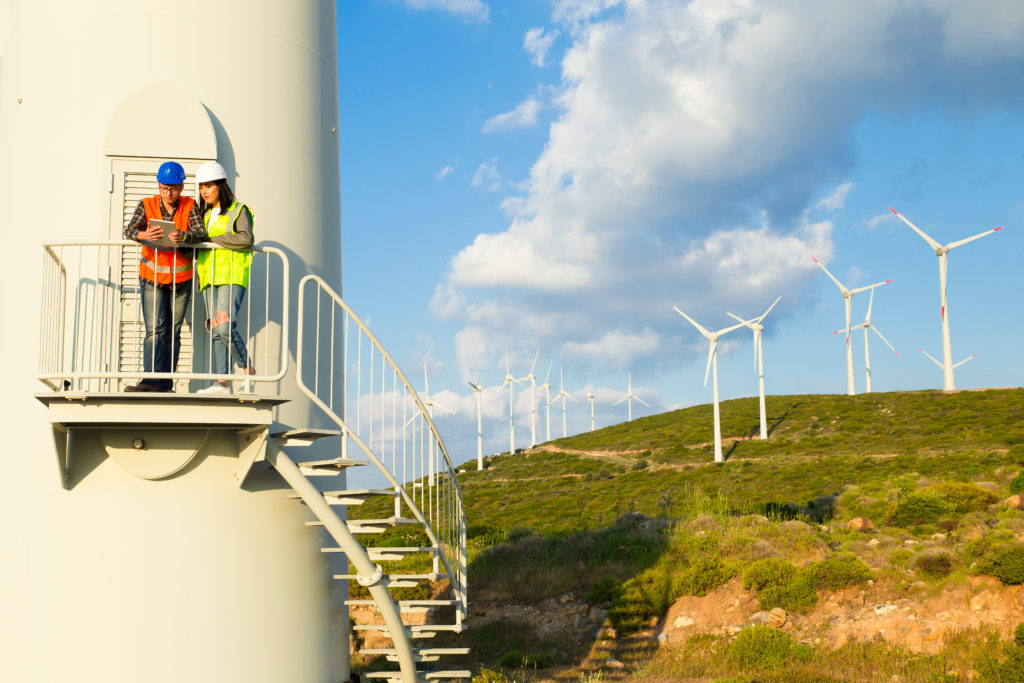 This is an incredibly fast-growing trade as countries strive to reduce their reliance on fossil fuels for energy. It wouldn’t be surprising to see the median salary rise as demand for wind turbine technicians skyrockets. The most common way to become a windtech is to attend a technical or trade school followed by long-term on the job training. Wind turbine technicians must be okay with working at great heights, outdoors, and in confined spaces. Demand for windtechs will vary location to location, as not every climate is suitable for wind energy and some regions are quicker to adopt the new technology than others. If you want to get in on the ground floor of a new trade that will see increased importance in the future, this is a great choice for you. 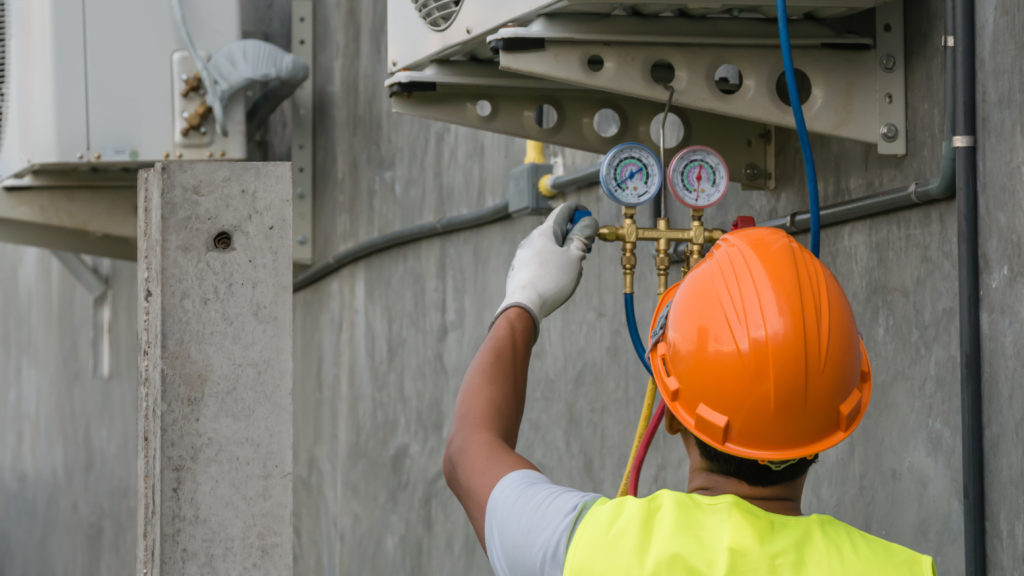 HVAC-R stands for heating, ventilation, air conditioning, and refrigeration. In the United States every home, school, hospital, office building, or factory will need HVAC-R systems. The two main ways into the trade are through apprenticeship, or an associate or bachelor’s degree program. Some states require licensure while others may not, and licensure requirements will vary from state to state. Working conditions will often be unpleasant, either very hot or very cold, as generally the HVAC-R mechanic is there to fix a broken climate control system. You should also be okay with working in confined, uncomfortable, and often dirty or unkempt spaces. 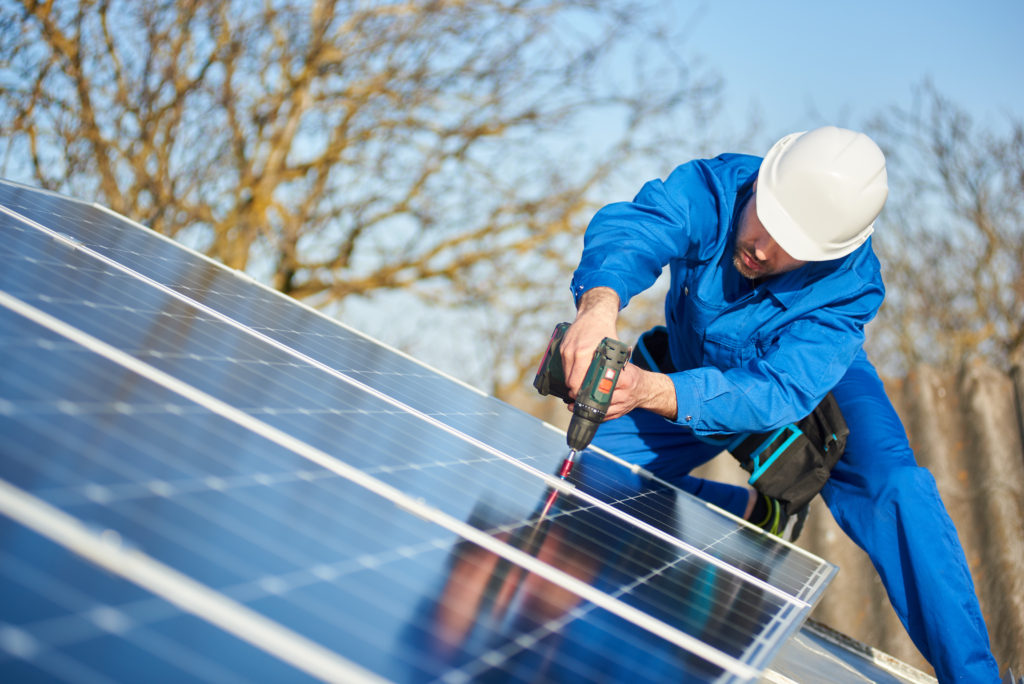 This is another trade that will be increasingly essential in the future and is poised to experience rapid growth within the next ten years. While it may not pay as much as other trades right now, this may also change; demand increases as we convert to green energy. Getting in on the ground floor means you will have more opportunities as you gain experience and the industry grows. In the future you could find yourself starting your own business, or even working with major up and coming green energy companies. Installations are typically done outdoors, and high up on rooftops, so only consider this trade if you’re okay working in a variety of somewhat uncomfortable or dangerous conditions. While some solar photovoltaic installers take courses, many just learn the trade on the job after they complete their high school diploma.

Do I need to attend a trade school to go into a trade?

It depends on the trade. Some trades benefit from trade school, and often newer trades may require it, as there might not be enough masters in the trade for an apprenticeship model to be feasible. In the case of most trades, attending a trade school won’t hurt. But what you have to decide is whether you want to spend that extra time in trade school when you could be doing your apprenticeship. Trade school, for the most part, won’t let you jump ahead or skip your apprenticeship in most trades. If you are still in high school and have the option to attend a vocational high school, that can be a great choice, because they often give you a chance to try out a bunch of different kinds of trades to see what you like and are good at. It’s also sometimes possible to begin an apprenticeship part-time or during summers while still in high school.

What are some advantages trades have over other careers?

It’s a common misconception that trades take somehow less training or experience than other careers in order to be successful. Most apprenticeships last about five years. That’s a year longer than it takes to earn a bachelor’s degree on average! There are some significant advantages though. First, many trades pay the same or even much better than careers that require a bachelor’s, or even a master’s degree! Second, while apprentices don’t make as much money as journeymen or masters, they do get paid for their full-time labor, which means you get the advantage of making money while you’re learning. Instead of spending four years to earn a degree and ending up with a lot of debt. You can be making money the whole time and come out ahead.

On top of that, most trades are guaranteed to be useful long into the future. Even when recessions happen and the economy is in bad shape, people and companies will still need their homes and buildings repaired.

Once you have enough experience and save enough money, you can easily strike out on your own and start your own business if you want. Trades are one of the only sectors in which there aren’t many major corporations beating out small businesses.

What trade should I choose?

Well, that’s not an easy question to answer. This ranking of the top ten highest paying trades features well-established, time-honored trades that will always be necessary and always pay well. But it also features a couple newer trades. The wind turbine mechanic and solar panel installation trades aren’t guaranteed to pay as well in the future as some trades do now, but still represent a great opportunity to get involved in the ground floor of new technology that is anticipated to become increasingly relevant to our society in the future, which means there might be more opportunities for starting up businesses if entrepreneurship is something you’re interested in.

How do I find an apprenticeship?

The first step is to ask the trade union locals in your area. Often they will run apprenticeship programs for their members that place apprentices, and give you a chance to work with multiple organizations in the area. If your trade has a union (most do) you will want to be a part of it eventually anyway, so you may as well start there for advice. They can tell you the best way to go about pursuing an apprenticeship in your region.

This concludes our list of the highest paying trades 2021.